A Cardiovascular disease is one of the main causes of death and morbidity, even in developed countries. What hemp seed oil has to do with that? Let’s try to figure out.

Unhealthy eating habits, including smoking or lack of physical activity, are the main risk factors for cardiovascular disease.

Consequently, controlling them can prevent these diseases. Food rich in various vitamins, minerals, amino acids, polyunsaturated fatty acids, and dietary fiber can be a means of prevention or treatment. It can also reduce the risk of diabetes.

What are the signs of having diabetes? “It can be various and the consequences can plentiful” — as you can read in this very detailed article: How to Manage Your Type 2 Diabetes with Diet.

There are two kinds of hemp plants. The first is known as marijuana, it contains tetrahydrocannabinol (a psychic element), and – another species that does not include this psychotropic substance.

For many years it has been assumed that tetrahydrocannabinol is included in cannabis seed oil, but this oil does not have it. The oil that you have is called cannabis oil. So these two types of oils must not be confused.

One of the healthiest oils

Hemp seed oil is believed to be one of the healthiest oils. Its composition includes the following substances: fatty acids. Hemp Seed Oil is one of the major sources of omega fatty acids.

This oil is enriched with essential fatty acids of our body. Especially rich in omega-6 alpha-linolenic acid and omega-3 alpha-linolenic acid, which our body does not synthesize, but which are very important to the body; Vitamins – especially high in vitamin D. Also, vitamin E, which acts as an antioxidant in the body.

Not only is the ratio of fatty acids to prevent vascular disease, but also the number of antioxidants that can suppress or completely decontaminate the oxidative processes occurring in the body in the diet; proteins; various minerals; fibers.

Polyunsaturated fatty acids and their importance Already in 1929 G. O. Burre found that food fats not only provide energy but also are essential for the normal functioning of the body. The fatty acid spectrum in the body is highly dependent on nutritional factors.

When some of the fatty acids intakes are too high or too low, there are certain health problems. This can lead to the development of cardiovascular diseases, oncological diseases, rheumatoid arthritis, depression, growth, reproductive, immune function disorders, etc.

Fatty acids are classified as saturated, monounsaturated and polyunsaturated. There are two series of polyunsaturated fatty acids that are considered necessary. They, depending on the position of the double bond in the molecule, are divided into two groups: omega-3 and omega-6.

Omega fatty acids are physiologically relevant to human health, especially the cardiovascular system. The amount of these acids should reach 1-2 g per day.

Use of Hemp Seed Oil in Medicine

Seed Oil for seedlings is rich in polyunsaturated fatty acids. Contains balanced levels of omega-3 and omega-6 acids. These acids are the main cell membranes components on which the proper functioning of all cells of the body depends.

Research has shown that daily consumption of 1% omega-3 acids from total consumed food, even 40% decreases the risk of developing heart disease.

A study was conducted in which over 400 diabetic patients from 3 to 12 weeks of treatment with 480 mg of gama-linolenic acid per day to reduce the risk of diabetic symptoms of neuropathy.

The researchers improved their well-being, and this is explained by the fact that hemp seed oil Gamma-linolenic acids improve nerve cell membrane function, which has caused nervous cell recovery.

Due to the high amount of vitamin E hemp seed oil has antioxidant properties,
which protect against cancer and coronary heart disease.

Unsaturated fatty acids
in the body do not self-malform, in their deficiencies, the delta-6-desaturase, which is necessary for the conversion of fatty acids into longer chain acids.

It is believed that In the absence of this enzyme in the body, an appropriate medium for the proliferation of cancer cells is formed, and cannabis seeds oil selectively destroys cancer cells.

Other researchers say that oil slows cancer cells and is effective in preventing breast and prostate cancer. Laboratory animals have been tested for polyunsaturated fat acid deficiency can cause osteoporosis.

Omega acids increase calcium absorption from the intestine, reduces the release of calcium, increases the accumulation of calcium in the bones, stimulates bone collagen synthesis, thus cannabis seed oil strengthens the bones and protects against osteoporosis.

Studies have shown that women suffer from PMS due to metabolic abnormalities of fatty acids, during which the linoleic acid (LA) to gamma-linolenic acid (GLA), which results in more inflammation mediators – prostaglandins. It has been shown that daily intake of 150-200 mg GLA for 12 weeks facilitates PMS symptoms.

Hemp Seed Oil is a source of polyunsaturated fatty acids, which is even 84
percent of all the oil composition. The most commonly used cannabis seed oil is cold pressed.

Its color ranges from light to dark green, depending on whether the oil has been treated
further stages of oil production. Oil is found in:

Although most other vegetable oils also have a few omega acids, cannabis
oil has unusually high levels of polyunsaturated fatty acids – even 84%.

Generally, terpenes are found in essential oils, but their small amount is found in and
cannabis seed oil. Terpenic are classified as monotherapy and sesquiterpenes. 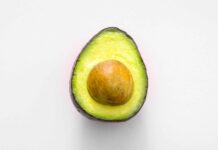 Unhealthy Nutrition is One of The Greatest Public Health Challenges of The 21st Century. 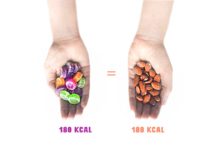 Do You Really Know The Truth About the Food You Eat? [11 Myths]

Take Care off Your Puppies. A List of Toxic Foods For Dogs. [Poster] 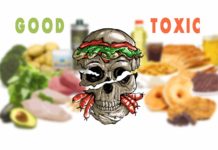 Beware! There Are Everyday Products That Might Kill You One Day. [Toxic Food Poster] 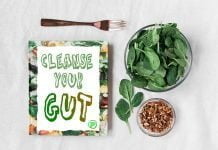 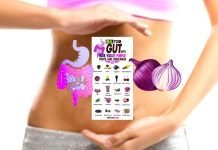 Food For a Healthy Gut. Discover Purple and Blue Fruits and Vegetables.