Piplum
Home How to Are Your Daily Habits Toxic To Your Brain’s Health?

Much of what you do is based on a habit you’ve developed at some point in your life.

In other words, you often complete the same actions, in the same place and at the same time.

Many habits are helpful, like eating healthy, exercising regularly and giving that “second glance” before switching lanes in a car.

Other habits are harmful, like smoking, drinking excessively or spending too much time on the Internet.

We all want to stay smart for as long as possible.

It is not just a matter of health, but also of great achievement. However, when we are drowned in our daily work, we may not always be able to properly take care of our body, and sometimes we do it without our knowledge.

Here is an info graphic to show positive and negative habits to your brain.

Daily habits toxic to your brain

Did you know that breakfast for a healthy brain is just essential? Here are seven silent brain health killers.

As the popular saying goes, breakfast is the most important meal of the day. Still, quite a few people just miss them. Eating irregularly harms the brain.

What’s more, people who do not eat breakfast have found it more difficult to cope with mental tasks in the morning. True, skipping breakfast for children (that is, developing brain) is far more harmful.

Students and hard-working people are often prone to low sleep. It seems that you get used to it over time. Still, it’s severely damaging to the brain.

During sleep, the brain is cleared of toxins that damage brain cells. Lack of sleep. In the true sense of the word, destroys brain tissue.

It is not possible to relax and look at everything in all situations. However, it is still worth trying to avoid any stressful situations.

During stress, the hormone cortisol is released, which has been shown to damage stem cells, according to researchers at the University of California. This disrupts the brain’s recovery process and can lead to irreversible damage over time.

Sometimes it happens that we only talk to a couple of people a day and no serious conversations take place.

Lack of communication with other people turns out to be very damaging to the brain, and in the long run, some diseases can develop.

Researchers at the US Institute on Aging have found that overeating is aging the brain and may contribute to disorders such as Parkinson’s disease. What’s more, scientists have found that too much food shortens life.

Therefore, people should be concerned about balancing their diet. By the way, people should drink water regularly – as much as 80% of the brain’s mass – so even a small amount of water can do great harm. Here are some more interesting facts about the human brain.

For example, scientists say that nicotine can trigger Alzheimer’s disease, alcohol disrupts neuronal communication, and high levels of sugar can interfere with the uptake of beneficial substances.

Just as muscles are atrophied when not in use, human intelligence needs to be constantly trained to stay strong.

However, nowadays, all information is so quickly accessible that almost nothing is needed to memorize it.

And problems are no longer solved as they once were. Therefore, it is advisable to try to solve the difficult, difficult tasks yourself, rather than looking for a solution online.

These bad habits are damaging to the human brain, but the list could go a long way. To take care of their brains, people should eat healthy, rest, brain toss (such as solving logical puzzles) and avoid stress. 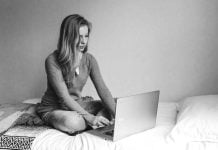 Work From Home: A Free Schedule or an Exhausting Trap of Your Own? 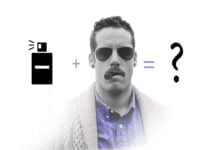 How to Buy Perfume For A Real Man. Full Gifting Guide. 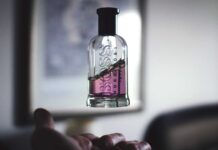 The Dos and Don’ts Of Wearing Fragrance. Tips How to Apply Perfumes.

How To Pick The Right Perfume For Any Event?

How To Buy, Wear And Store Perfumes. Tips and Tricks. 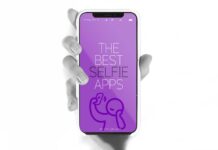