Piplum
Home Surreal Photography Everything You Can Imagine Is Real. Photomanipulation.

Imagination can change the structure of our brain, although the science of these times still does not know exactly how this happens.

Imagination in our consciousness manifests itself in a wide variety of forms: imagery, dreams, fantasies, intuition, dreams, thoughts, ideas that change neuronal connections in our brain.

It can be said that all human life is a fragmented and plastic stained glass of imagination.

And these time-and-space-changing, unique image structures are essentially us.

What does science confirm today in terms of imagination?

Research shows that the brain is plastic, and when we imagine something, they physically change their state and structure.

There is a growing body of evidence showing that each of our thoughts or images changes the neural connections in our brain.

So when we imagine doing different visualization exercises, we can achieve amazing results in reality.

Our thoughts and images can change the world.  It’s really amazing.

Found magic in the forest.

We found a beautiful ladybug in the Palanga city forest. It was a foggy evening, but it was magical. Later we found more unexpected creatures there.

Everything you can imagine is real. Pablo Picasso.

What happens in the brain when we imagine something?

It is thought that imagination is the innate ability of the brain to associate different thoughts, experiences we accumulate from small days, as well as to create associations, ideas, images, and so on.

It has been proven that activating imagination extends the limits of human potential and the ability to make or discover certain, often unexpected, creative solutions in various everyday life situations.

This is due to the unexpected formation of neural bridge bridges in the right hemisphere.

Although traditionally, imagination is primarily associated with artistic activities or professional areas that require creativity, spontaneous, original solutions, one should not forget that imagination has embedded our entire conscious and unconscious life.

Imagination is a kind of vital energy that nourishes consciousness, and which very often fills our existence with meaningful content.

When things happen in life when everything seems to have been lost, nothing has gone, the bottom has been reached and there is no way out, there is still imagination.

Electrified images, circulating in our consciousness, create other, alternative worlds, a possible way out of a variety of situations because imagination is unrestrained from predetermined rules like “to be.”

What determines that some have a highly developed imagination, others do not?

Imagination can be compared to biometric data: we each have an individual iris, fingerprints, as well as a certain power of imagination, which we can increase or decrease.

Of course, environmental factors are also important to the imagination. There are studies that reveal interesting patterns: imagination intensifies in cities and areas where there are sustainable networks of like-minded people and ideas can be exchanged.

This assumption was tested in Silicon Valley corporations.

During the research, it was found that creating favorable conditions in the work environment for constant contact with representatives of different professions creates interesting projects and ideas.

So far, it is not known whether social media platforms and virtual social networks operate on a similar basis – whether we are also engaging in imagination while browsing through the Internet.

On the other hand, the wise men of the old civilizations were familiar with the methods of educating, activating, stimulating imagination, expanding the boundaries of consciousness, making the person more creative, and able to use imaginative abilities more effectively in everyday life as well as in professional activity.

There are some exercises to conscience help to break away from the tense, daily, routine, rhythm of household life, activate imagination, and at least for a moment help to focus on other things.

It also makes it possible to spread creative powers, so I think the best way to activate and educate your imagination is to practice mental visualization when you imagine or design some positive, bright situations.

For example, if we need to make an important decision in the work or prepare for the project, it is very useful to prepare it in advance, imagining how this could happen ideally under the most favorable conditions.

Such prior visualizations not only develop imagination – there is a high probability that they will come true.

Can we say that with our thoughts and imaginations we can design ourselves, our future?

It is obvious that this topic has been particularly relevant recently, and bookstores are breaking away from popular literature (in fact, in my opinion, in many cases, it is rather inadequate), talking about the power of thought and the management of everything.

The commercial film industry also supports the mentality and superhero myth. What to talk about extrasensory hair, sorcerers, sorcerers, pseudo-scientists who attract audiences, persuading them to have supernatural powers of thought management.

Talking about the power of imagination, in other words, thoughts, as about some telepathic, life-management abilities, has no scientific basis. It is not an object of science.

On the other hand, the expression “power of thought” is accurate – of course, our imagination has great power to change reality, the world: after all, the homo sapiens species has become powerful when the cognitive revolution has occurred, and people have begun to create ideas, some abstract images, symbols. that we were able to imagine and believe in, so we became superior to other types of people who might not have such an abstract visualization ability.

After all, it’s just enough to look around to make sure that the environment around us is a manifestation of imagination: for example, a picture on a cafe wall is an expression of the imagination of the artist who created it, a computer on the table – first and foremost the vision of a man who made it.

Even the people around us are just our imaginations about them. Yes, of course, they exist in a specific space at a specific time and are realistic, but let us think: can we get to know them, or do we imagine that we know? I have the last version.

What other methods help to activate imagination?

– I think we can find the best methodologies for the development of imagination, creativity and psychophysical abilities in the classic texts of Eastern philosophy. Meditation of varying intensity is one of the key techniques for expanding the powers of consciousness.

Another effective method is a radical change in activity principle. Research by neuropsychologists suggests that if, for example, you are engaged in mental work and do not find the right solution, then it is best to completely change activities and allow the left hemisphere to rest.

Then there is an increased chance that you will find an idea of how to solve the problem.

Also, creative ideas are stimulated by collision with the problem, exit from the comfort zone.

If we do not have problems, we live comfortably, routinely, we are satisfied with everything and we do not have too much headache, then our imagination resources are depleted and it is unlikely that under these conditions new, creative ideas will emerge in consciousness.

Socrates has said, “Unimaginable life is unworthy of living.” And without life, the power of imagination, the power of creativity loses taste, intensity, and becomes a vanishing existence in the gray environment. 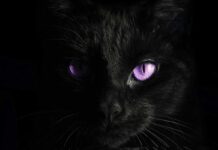 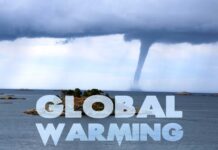 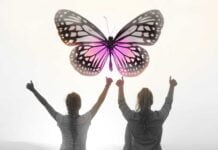 The Woman Is Like A Butterfly — Beautiful To Look At And Hard To Catch. Photo Manipulation. 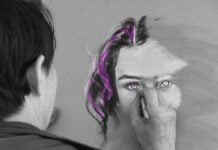 What Is Creativity? Discover A Pill of Beauty. [Photo Manipulation] 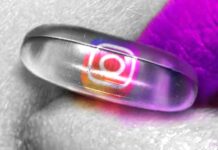 Fake it! Take The Pill of Instagram and Forget Your Real Life. [Surreal Art] 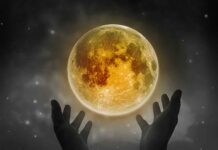